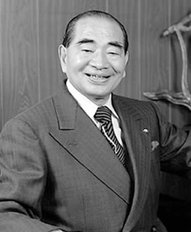 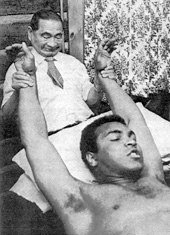 He was born on the 15th of November 1905 in Kanagawa, Japón.  In 1911 his family moves to Hokkaido. He began treating his mother's illness by applying pressure on her body, which led to the development of shiatsu.

In 1925 he takes the massage exam in The Police Department, as required by law. A few moths later he opens his shiatsu treatment centre in Muroran.

This centre is closed, and a new one opens in Sapporo.

In March 1932 he goes to Tokyo to spread shiatsu, and opens a centre in Kudanshita. On the 11th of  February 1940, he founds his first school, the Nihon Shiatsu Gakuin en Bunkyo-ku.

By 1944, he had already trained 1000 therapists. To commemorate the occasion, he organises an event in HIbiya. About 3000 people attend his conference on shiatsu.

During World War II, in May 1945, in an aerial bobardment, his school “Shiatsu Gakuin” is destroyed in its entirety.

Tokujiro Namikoshi decides to start his business anew, and on the burned ground of his beloved

school, he promises: "from a finger, everything will be reborn". One year later, his new school Shiatsu Gakuin is completed.

In September 1953, together with his son, he visits Davenport, Iowa in the US, invited by the

Palmer School,  where he gave a few master classes on shiatsu. They both travelled around the US to teach shiatsu.

In February 1954, Marilyn Monroe is in Japan on her honeymoon with the baseball legend, Joe Di Maggio. She goes to see Tokujiro Namikoshi to be treated for her insomnia. She improves significantly after 7 sessions, and develops a strong liking for shiatsu. This made shiatsu and the name Tokujiro Namikoshi much better known around the world.

In February1955, the Shiatsu Nihon Gakko school is approved by the authorities as a

"Specialised Professional School". On the 28th of March 1957, the Ministry of Health and Welfare of Japan accredited the "Shiatsu Nihon Gakko"school as a professional shiatsu school, authorised to teach shiatsu, according to existing laws.

In October 1959, Tokujiro Namikoshi Sensei is appointed to the board for issues related to the  following specialties: “Tokyo Anma Massage, Shiatsu-shi, hari-shi, kyuu-shi and judo seifuku-shi”.

In the same year, he accepts the position of permanent director of the association of specialised schools in Tokyo. In November of the same year,  he is appointed president of the Nihon Shiatsu Association.

In March 1964, he is appointed vice-president of the "National Learning Institute" Zenkoku Yousei Shisetsu. In October of the same year he met Dr.Rudi Palombini who was visiting Japan as coach-masseur of the Italian Olympic team.

The Doctor was so impressed by the shiatsu treatments that he began to learn this technique, which he would later teach and promote in Italy. 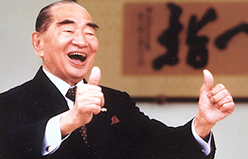 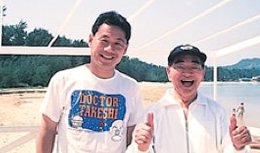 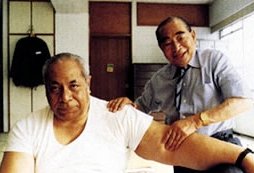 giving shiatsu to the king of

In January 1968, Tokujiro Namikoshi appeared on TV in the "Afternoon show", which

had a small segment for health subjects, and gave a lecture on shiatsu. From then on,

and for 3 years, he had his own segment within the show, where he would make his

"The heart of shiatsu is like a mother's love, pressure of the finger makes life flow"

In October 1969, in a television programme, he talks about the woman who had been

Namikoshi, whom she had not seen for 41 years, and they decide to get married.The

wedding was held at The Hotel Palace and attended by over 800 people, and the event

was broadcast live on television.

In December 1973, he lectures about shiatsu in Kansas City, Missouri in the US. In the

same year, the state of Pennsylvania offers shiatsu sessions to Muhammad Ali during

the period in which he is training for combat.

In 1978, he is nominated for a post in the Council for Specialised Schools Associations

in Tokyo. In 1981, he changes the name of the school to "Shiatsu Senmon Nihon

Gakko" to adapt it to the regulations for specialised professional schools.

to public health and hygiene.

In 1986, he appears in the programme of the now famous film directorTakeshi Kitano,

and rides on a roller coaster with his thumbs up. This makes him popular among